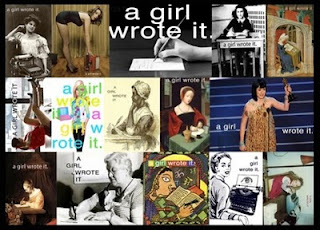 Wide Eyed Productions and Horse Trade presents
"A Girl Wrote It"
Performing February 3-20
at The Red Room Theatre on the Lower East Side
85 East 4th Street , 3rd Floor
(btwn 2nd and 3rd Avenues)
Thursdays-Saturdays at 7pm, Sundays at 2pm
No performance on Sunday, Feb. 6
Get your tickets at SmartTix
Join our Mistress of Ceremonies (company member Liz White) for A Girl Wrote It: an evening of One-Act plays by women playwrights. Because just 17% of America's main stage productions are written by women, Wide Eyed attempts to tip the scales and expose eager audiences to more fantastic theatre. A Girl Wrote It is an ambitious evening of 4 dark, dangerous and humorous plays with universal themes. Wide Eyed takes great pride in presenting cohesive, well designed collections, and A Girl Wrote It is sure to please even the most discerning audience. In a review of our last showcase, Martin Denton said it was "a sterling example of how to mount an evening of short plays."

Sexually ambivalent siblings explore the limits of their post apocalyptic reality in this of poetic, mind-bending, dark comedy. 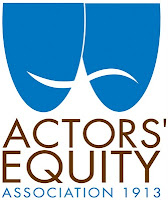 Posted by animasolaarts at 12:39 PM No comments: