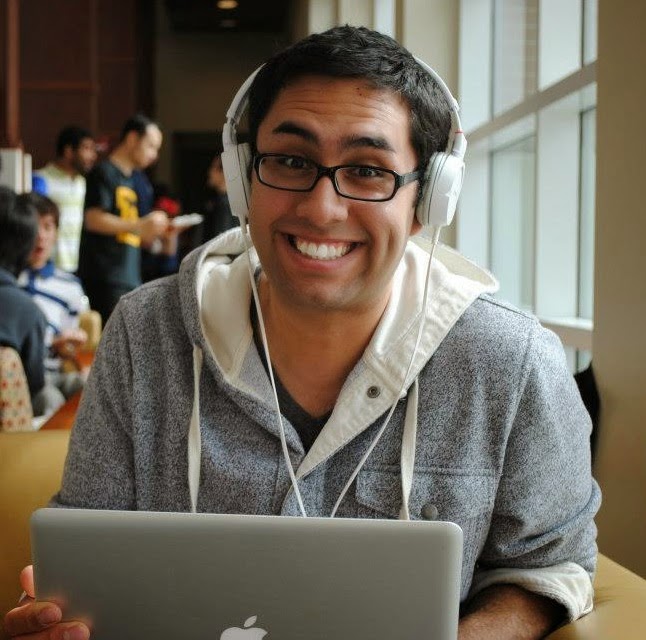 J Alexander Diaz is a sound artist originally from Colorado and now based out of Brooklyn, NY. His work encompasses sound for theatre, dance, and the concert stage. In the past year, J has collaborated with theatre and dance companies in Colorado, Indiana, New York City, and Ghana, Africa. Currently, J is working with the Accra Theatre Workshop on a new musical, several dance pieces and sound installations. Recent projects in NYC include working with the RadioTheatre, the Stella Adler Studio of Acting, Wide Eyed Productions, and volunteering with the 52nd Street Project. J received a Bachelor of Musical Arts in piano from DePauw University in 2013. There he studied with Dr. May Phang. His composition mentors have been Dr. Scott Perkins (Assistant Professor of Music Composition and Theory, DePauw), Veronica Pejril (Instructor of Music Technology, DePauw), and Dr. Harry Bulow (Head of the College of Liberal Arts at Purdue University). J will start his graduate work at the Vermont College of Fine Arts in February of 2015. He will work towards a Master of Fine Arts in music composition.

[J just came on as Wide Eyed's Resident Sound Designer. We are so excited to have him as part of our team! - ed.]
The process for Dead Special Crabs began with design conversations with the director, Kristin Skye Hoffmann. I had imagined the design circling around the radio drama genre where music is melodramatic – creating shadows of suspense. Similarly, Kristin had been hearing underscoring for Dead Special Crabs from the film noir world. With this in mind, I set upon creating sound effects and original music to support our vision. This involved creating improvisations that I then took to rehearsals, and heard how they either helped or deterred a scene. My experience was more than wonderful. I find the Wide Eyed team open to new ideas and experimentation, which, after all, is what great art needs.
My first sound design was as a sophomore at DePauw University. My friend Ed told a director that he knew a composer who would write music for a play. Lo and behold, I ended up writing several string quartet pieces and directing the quartet live in the performances. However, I did not know that sound design for theatre could be a career path until my last year at DePauw. It was then that I designed the music for Mysteries…And Smaller Pieces by the Living Theatre Company and decided that I wanted to write music in theatre for a living.
Currently, I’m working on several dance pieces and a musical with the Accra Theatre Workshop in Ghana, Africa. I’m finishing up my own piano sonata inspired by the NYC soundscape and beginning a rock/EDM opera. Within a month’s time, I’ll also be volunteering with the 52nd Street Project. Other than that I am binge watching the show Parks and Recreation.
Posted by animasolaarts at 11:56 AM No comments:


Wide Eyed Productions will be hosting our third installment of the WINKS staged reading series! This time around, we will be focusing exclusively on new theatrical works of adapted content (meaning plays inspired by other works). 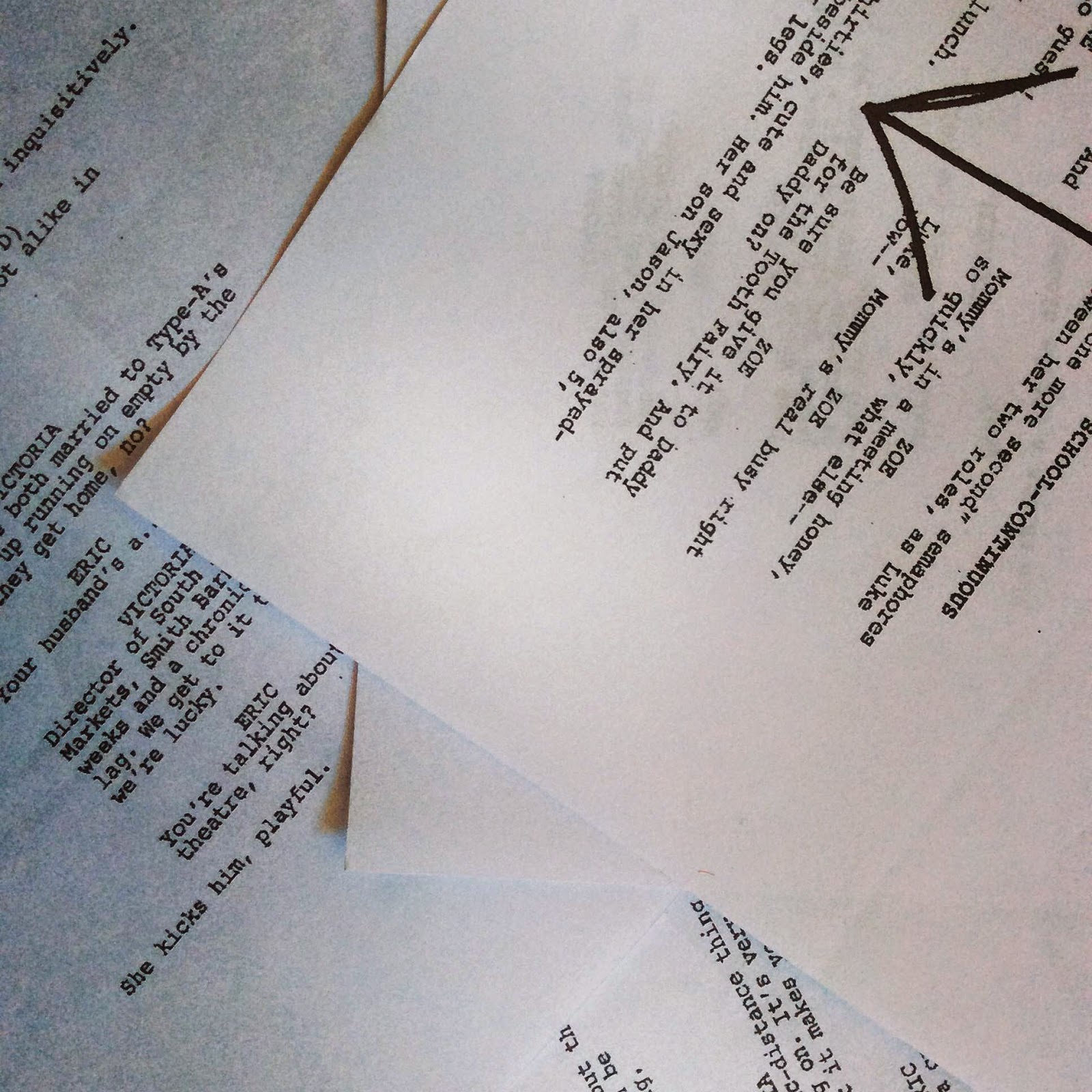 Wide Eyed Productions is excited to continue its work on new American plays like our recent, world premiere production of Dead Special Crabs by Dan Kitrosser and the award-winning Animals by Sam Byron. We had such a good response to the previous seasons of readings, we want the fun to continue.

From March through August 2015, please join us on the first Tuesday of every month at The Drama League, where we will feature a 20-minute segment from three original works by three different writers, which are related to, or inspired by, that month’s theme (see below). At the end of each night, the audience will be invited to select their favorite of the evening anonymously. The majority favorite will be named a semifinalist and be invited to submit a full text* to Wide Eyed Productions’ Artistic Board for consideration for our final round.

What you need to know:
The 2015 monthly themes are as follows:

Wide Eyed Productions exists to bring brave, bold and culturally relevant new texts to production. With a core ensemble of emerging theatre artists, we are dedicated to leaving our audience Wide Eyed.
Posted by animasolaarts at 11:24 AM No comments:

Email ThisBlogThis!Share to TwitterShare to FacebookShare to Pinterest
Labels: call for scripts, send us your stuff, Winks


Please join us for a Masquerade Ball on March 7, 2015 in celebration of eight years of producing brave, bold, and culturally relative new texts. All proceeds to benefit our 2015 theatrical season.
You won't want to miss it!

Posted by animasolaarts at 2:41 PM No comments:

Email ThisBlogThis!Share to TwitterShare to FacebookShare to Pinterest
Labels: Gala, party, shake it if ya got it, we love our donors 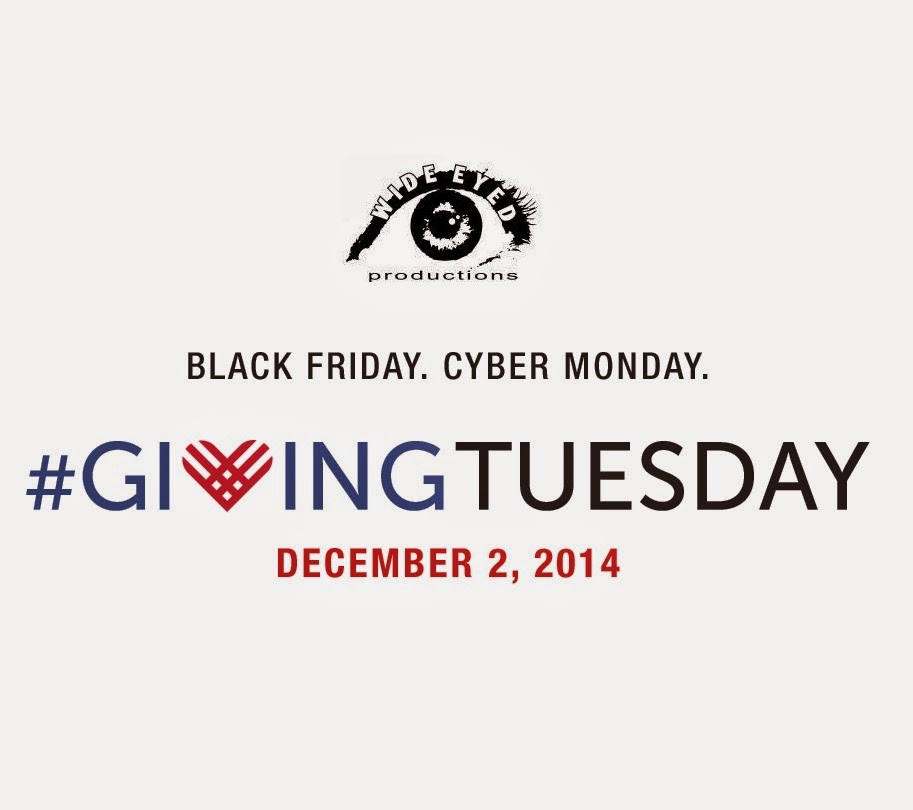 The holiday season has officially kicked off, and we are so very grateful for our families, friends, audience, and donors. This Tuesday, December 2, marks #GivingTuesday. Wide Eyed Productions is a 501(c)(3) non-profit organization, and we'd love to help you with that end-of-year tax deduction. Your generosity goes towards keeping our audiences wide-eyed for years to come.

We'll see you under the mistletoe.
Posted by animasolaarts at 11:10 AM No comments: