Wide Eyed WINKS Season 3: May 5th's Adaptations are IN THE NEWS 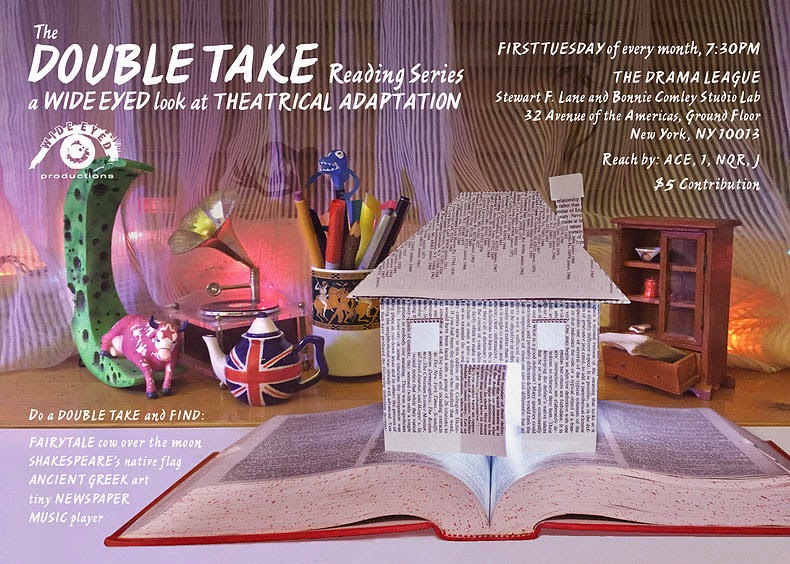 Wide Eyed Productions is hosting our third installment of the WINKS Reading Series, with a new twist! We will be focusing exclusively on original plays by local NYC playwrights adapted from existing works. Join us the first Tuesday of every month, March through August!
This season predicates future seasons by workshopping and reading plays to excite and invigorate audience and production company alike. Through a series of readings open to the public, Wide Eyed Productions aims to strike a chord within ourselves and the community.


MAY - IN THE NEWS:
ADAPTATIONS FROM PAST/CURRENT NEWS STORIES
Featuring:
The Glow Overhead
Written by Nick Gandiello
Directed by Sherri Barber

Congrats to our (tied!) semi-finalists for
APRIL - SHAKE IT UP: ADAPTATIONS FROM THE BARD
Holly Hepp-Galván (Tamed)
and
Alan Gordon & Joy Son (Better Than Dreaming) 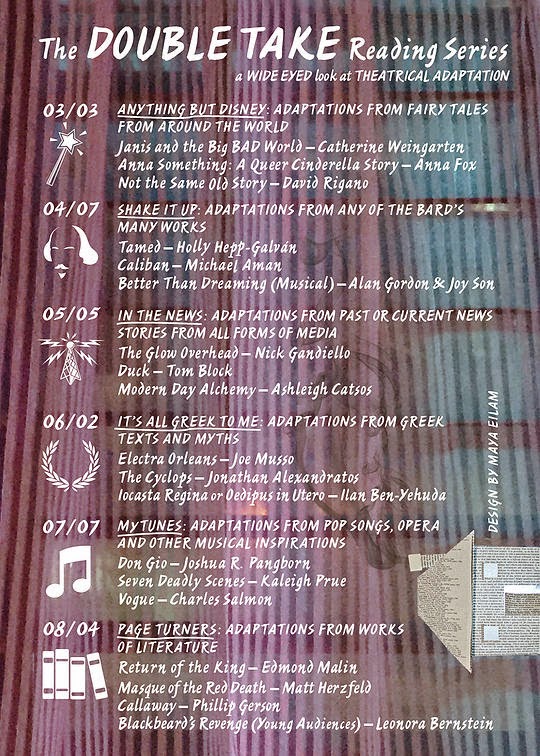 Each month will feature a twenty-minute segment from three original works by three different writers which are related to, or inspired by, that month’s “adaptation.” At the end of each night, the audience will be invited to select their favorite of the evening by casting an anonymous ballot.

The majority favorite will be named a semifinalist and be invited to submit a full text to Wide Eyed Productions’ Artistic Board for consideration for our final round. Two overall finalists will be chosen, and each given a full staged reading of their play at the end of the WINKS series. One winning text will be chosen based upon audience and board votes.

Posted by animasolaarts at 5:32 PM No comments: