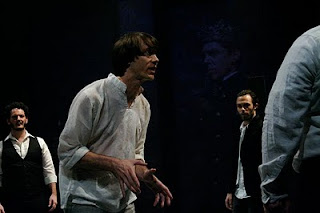 As if surrounding events had not been quite wacky enough for our production as of late, one of our cast members was hit by a taxi last night, fracturing both his tibia and fibula.  Fear not, his prognosis is good and our director will be stepping into the role for this, our closing week.  (Feel better soon, Jerrod, and Adam, don't you dare break a leg!)

What's that, you say?  You'd like to be a part of the action?  As luck would have it, tonight is Pay-What-You-Can night for our production of Henry VI (Part III) at the East 13th Street Theatre.  We also have some advance tickets available for the rest of the run.  You can get them here.
Posted by animasolaarts at 4:56 PM No comments: 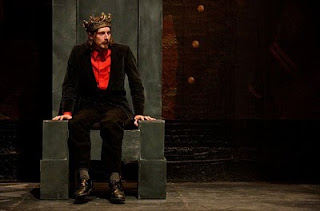 We know.  Theatre - even affordably priced theatre - can still be a bit of a challenge to the wallet in this economy.  This Wednesday, July 21, we bring Shakespeare's Henry VI (Part III) to the masses at the exceptionally reasonable price of Pay-What-You-Can.  The show is beautiful, bloody, and did we mention we have air conditioning?  Join us at the East 13th Street Theatre, 136 E. 13th Street (enter through Everman Espresso).  Curtain is at 8 p.m.
Posted by animasolaarts at 1:45 PM No comments: 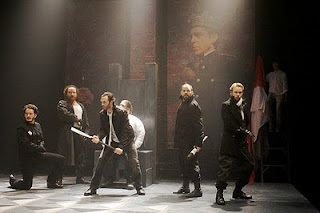 It’s been an interesting week:

- Our haze machine managed to set off the theatre's fire alarm twice and the effect has been struck from the show (our sincere and heartfelt apologies to the FDNY - we know you have much, much more important things to do than respond to false alarms and we love all that you do);

- Our leading lady is now gamely leading the charge of the Lancasters against the Yorks with a torn meniscus; and

- Cast/crew members of a certain television program that runs on a certain comedy channel purchased 7 tickets to our show last night under the guise of being regular theatre patrons. Ten minutes into the first act – with no concern or consideration for the quality of our production or the performers’ safety – proceeded to stand up in the audience, pull out a gigantic (fake) cell phone and yell over the action on stage while a second audience member pulled out a gigantic (real) camera from their bag to film it all, without any permission from us.  According to our artistic director, "The actors took it upon themselves to escort both from the theatre, leaving the remaining five in the theatre. In hopes that we would not further disrupt the performance we did not try to seek them out in the dark...It was reported by other members of the audience that the remaining crew continued to film each other mocking the show, feigning sleep, etc., distracting our audience and disturbing our actors." One by one, the remaining five filtered out of the house during the first act, each promising that the next person would explain what the disruption was all about. (Don’t worry, punk show, you can explain it to at least two different unions, both of which I can guarantee will see nothing amusing in your prank at all.)

The glory of live theatre: it is never twice the same.

If you’d like a part of the action, you have two weeks left to see our mounting of Henry VI (Part III), "something of an event for theatre history buffs and Bardophiles," says Martin Denton of nytheatre.com. Tickets and information are available here.*

* Please unwrap your annoying candy and shut off your cell phones, regardless of size, before curtain.  Photography is strictly prohibited.  Thank you.
Posted by animasolaarts at 11:20 AM No comments:

Our video preview is up and takes no prisoners! Enjoy these clips and come join us at the air conditioned East 13th Street Theatre right near Union Square.

Enjoy!
Posted by The Lexiconnoisseur at 2:31 PM No comments: 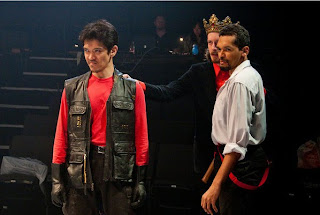 
As if our preview ticket deal was not fantastic enough, we are offering 2-for-1 tickets for tonight's final preview performance! That's right: bring a friend and pay just $18 for both of you. This deal is only good at the door so come to the East 13th Street Theatre, 136 East 13th Street (enter through Everyman Espresso) between 3rd and 4th Avenues. Curtain is at 8pm.
Posted by animasolaarts at 10:09 AM No comments: 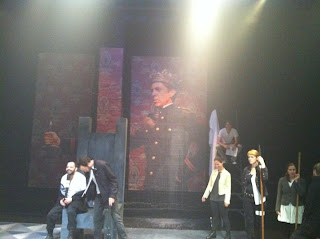 Henry VI (Part III) wrapped up tech last night - exhausted, giggling actors pictured above - and tonight marks the kick-off of our preview perfomances! If you're looking for a deal on tickets, you've found one here: we are offering $18.00 general admission tickets for our preview performances July 1 - July 3! You can get your preview tickets ahead of time online or you can pay at the door. Just remember, the East 13th Street Theatre is located on 13th Street between 3rd and 4th Avenues in Manhattan's East Village. Enter through the Everyman Espresso coffee shop (which, by the way, makes a bitchin' iced Americano).
Posted by animasolaarts at 1:33 PM No comments: