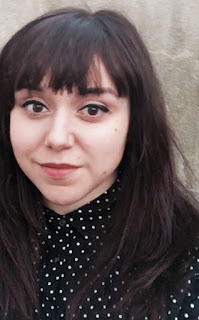 Francesca Pazniokas is an NYC-based writer and musician whose work has been performed in New York, London and Chicago. Her short play Goodnight was a Heideman Award Finalist at the Actors Theatre of Louisville this past winter. Francesca received her Master’s in Playwriting from Royal Holloway, where this play was originally workshopped. Keep is her first play.

We and Mastodon Theatre Company are so very excited to be co-producing the world-premiere of your play Keep. Can you give us a bit of a synopsis of the play and provide some insight in terms of what inspired it?

I’m excited, too! Thank you for fostering new work, and for taking a chance on me and my first full-length play.

Keep is about a hoarder and her sisters, who are trying to clean her house and reconnect in the wake of losing another sibling. I wanted to explore how we decide what (and who) has value in our lives, and how we determine our own worth.

This play isn’t autobiographical, but it is deeply personal. I had a couple bumpy years where I struggled with hoarding, among other things. My grandmother died a few weeks before I started writing Keep, and while I didn’t begin hoarding again, I worried I would. In the past, losing such a huge support in my life would have created a vacuum that self-destructive behaviors might fill. Writing Keep helped me process those past experiences I’d tried to forget—to remind myself I shouldn’t romanticize or demonize the person I was then, and am now. Ultimately, Keep is about loyalty and loss, which I think everyone can relate to. But I also hope Keep speaks to people who have struggled with addiction, and those who may have felt hurt and helpless to support their loved ones.

When did you know that you wanted to be a writer? What made you start writing plays?

I started writing plays fairly recently, actually. After college, I was working as an actor, which really didn’t suit me. I liked sitting at home, amusing myself by rewriting all my lines so they sounded like words people would actually say, more than I liked standing on stage performing. So I decided to get my MFA in acting—because if you don’t enjoy something you should definitely spend more time doing it. During a grad school callback, I was asked what my dream (acting) role would be. And I said, without thinking: “a writer.” The head of the program was horrified, but I was even more horrified. I’d never actually written a play before. I had no idea if I could do it. Luckily I’ve trained myself to listen to any embarrassing public life realizations I might have. And so here I am two years later, writing.

Who or what has been your biggest influence as a writer? What inspires you to get to the page?

I was fortunate in a lot of ways to have a solitary childhood where I could soak up artistic influences like a sponge. The time other kids were spending with each other I would spend reading books, watching movies, listening to music, lurking around the local library—the typical perks of being an odd kid in a tiny town. When I finally started writing, I had a clear sense of my own artistic taste and point of view, which gave me a solid foundation to build from.

That being said—often I write to discover how I feel about something. I’m an opinionated person, but I find it difficult to express or identify my emotions. I get overwhelmed. It’s like there are dozens of songs playing at once, just a wall of sound, and I can’t pick out the words. With Keep, what ‘got me to the page’ on difficult days was my desire to discover how I felt about hoarding, my struggle to hide it, and the impact it had on my loved ones.

In terms of your creative process, do you have a particular ritual when it comes to writing? If so, can you share it with us?

My creative process is a powerful mystery known only to a few, but I’ll reveal the secret to you now. 1. Sit down to write, followed immediately by 2. Call my sister and whine about how I can’t concentrate. Honestly, it’s a constant battle to focus, especially when no one else is dictating your deadlines. But I’ve found that a combination of ambient noise, caffeine, and the great yawning terror that you’ll never produce any work again usually does the trick.

Can you tell us about any additional projects you are working on right now?

Thanks for asking! I’m currently working on a horror show collaboration with Insomnium Theatre Company, and I just found out my short play Everlast will be produced at DC’s Source Festival this summer. I’m also in the process of finishing up another full-length play, which is written using only found/verbatim text surrounding a murder trial from the 1910s that has fascinated me for years.


Keep begins previews at The Barrow Group Theatre on April 7 and runs through April 30. Get your tickets here.
Posted by animasolaarts at 10:35 AM No comments: 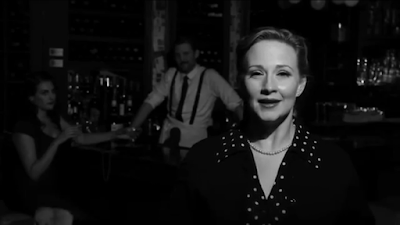 Wide Eyed Productions had the privilege of producing Lisa Ferber's short play The Return of Toodles von Flooz as part of our A Girl Wrote It series in 2011. Shortly afterwards, we partnered with River Wide Productions and co-produced Ferber's script as a short film. Directed by our Artistic Director, Kristin Skye Hoffmann, and starring the talents of Brianne Blessitt, Colin McFadden, and Lisa Mamazza, this 14.5-minute film noir satire is a gorgeous ton of fun.

We are celebrating this delightful film with a party and screening on Tuesday, March 22, and we want you there! All proceeds will help fund our collaboration with Mastodon Theatre Company to co-produce the world premiere of Keep, a new play by Francesca Pazniokas. Keep will run at The Barrow Group Theatre this spring, and Stephanie C. Cunningham, Wide Eyed Production's Associate Artistic Director, will direct.

Please join us in your 1940's best - or just come as you are from the office, we know it's a Tuesday - and help us celebrate with a gin cocktail worthy of Toodles' Betty O'Boozenberg. We'll have a photographer on hand and our step & repeat, so you can say you were there, plus raffle prizes, beer and wine available, and a great time with members of the Wide Eyed and Mastodon family.

And our raffle items? Well, they're the bees' knees. You could take home:

...And there's more where that came from!

Your $20 advance ticket purchase gains you admission to the party and screening, *plus* five raffle tickets and one signature cocktail. Now that's a deal!

We'll see you on the red carpet!
Posted by animasolaarts at 9:14 PM No comments:

Email ThisBlogThis!Share to TwitterShare to FacebookShare to Pinterest
Labels: A Girl Wrote It, Keep, party, screening, shake it if ya got it, The Return of Toodles von Flooz, we love our donors
Newer Posts Older Posts Home
Subscribe to: Posts (Atom)